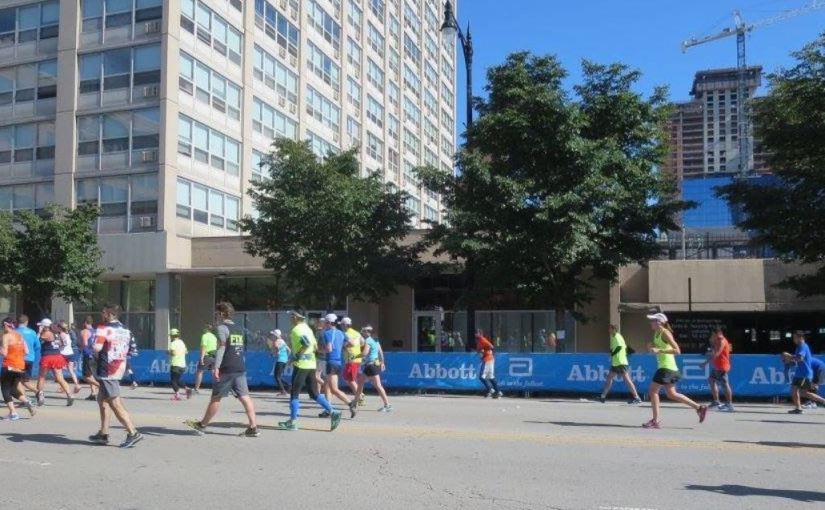 Following the Chicago Marathon this year, I had a specific blog post in mind, but it never got written… I thought I would write about perseverance. How badly I wanted to quit that marathon – more so that I’ve ever wanted to quit anything in my life. I considered walking off the course as a DNF (did not finish), and thought I’d describe how and why I didn’t give in. I was later given a photo my friend snapped of me at mile 25 (above). In her shot I was happy to find that I still had my head up and was moving foward despite running a race that had depleted me many miles before. I wanted that photo to be the inspiration for my post-Chicago Marathon blog because what I saw in the photo was perseverance.

Sometimes, things don’t go as planned. I never wrote the blog I anticipated. It turned into this one instead…

I did have a difficult Chicago Marathon this year. I was on pace for my time goals until the halfway point. For the first time ever in a race, I found I was unable to tolerate taking my energy gels. This threw me. I’d never had that happen before. How was I going to keep my energy levels up? What about bonking? Wait, am I off pace now? Is it getting hot out? What mile is this? I couldn’t stop the anxiety and distractions that began to take over my thoughts. I was sunk, mentally.

At mile 15, I wondered why I should keep going. I wouldn’t even be that sore if I stopped at mile 15. I could go out for a meal with my family, recover, I could even start up my regular running routine later in the week like nothing happened. I could sign up for another marathon in the spring. This race would not be my PR (personal record), so who cares? I’d run Chicago before. I had completed 5 other marathons. I didn’t need to prove anything to anybody with this one. Why go through this pain?

At mile 15 I decided I should at least get to mile 18 before deciding to quit. Quitting was serious business and I didn’t take to it lightly. May as well keep going until the next aid station and see what happens from there. Cartoon text boxes above my head at this point might have read: Miserable. Hot. Nauseated. Tired. Spent. Defeated.

Did you know that from mile 15 to the end of the course the Chicago Marathon has very little shade?  I’m being generous… there is actually no shade. None. And there may even be sun. And there is 100% chance of pavement. Pilsen? Chinatown in your 20th-something mile? Coming back home to Grant Park on a boulevard that feels at least 8 lanes wide? Trust me friends, the next hint of shade after mile 14 is your car… First time Chicago Marathoners will thank me later for that public service announcement. Plan accordingly. You heard it here first.

At mile 18 I resolved to push through to mile 21. One of my running teammates was a volunteer at the mile 21 aid station. Just get to 21. Don’t think about anything else in life right now except getting to 21. These next 3 miles are your job. There is nothing else in your world right now but getting to mile 21. Wasn’t pretty, but I found 21. Got a hug from my friend, vented about how bad my race was, and gathered what was left of my wherewithal to keep going.

Another of my running teammates is a photographer. She photographs the finish line of the marathon. She was my final motivational target. 5 miles to get to her. You run 5 miles all the time. You can do this. You have to do this. Your family is waiting. You can’t tell your kids you quit a marathon. How can you explain to your kids that it’s ok to quit at something? This is just 5 freaking miles. People are tracking you on their phones – you have to finish. Start running again and do not stop until you cross that finish line…

In early November, my father got sick and was hospitalized. Within a few days his condition had progressed and it became unlikely that he would recover. Over the course of about a 48 hour period we had to absorb the news that he wasn’t going to make it, we had to support him through his transition out of this life, and then begin to transition ourselves into the next iteration of our own lives without him. It hurts. It’s hard. No one wants to be in this situation. No one wants to go through this, but at some point we all do.

We make it through the next hour, the next day, the next moments and the next…

Grief can bring times when it’s hard to get up and do what needs to be done. You may feel lost for a bit. You may not want to do things you normally would love to do. Eventually, you find your way foward. You put one foot in front of the other and keep going. You find little increments of normalcy or joy that remind you of the good in your life. You see the presence of people who support and care for you and you let them pull you along. You somehow find your way. As the saying goes, life is a marathon – not a sprint.

Aid stations. Just get to the next one. The rest of your journey will sort itself out once you get there… 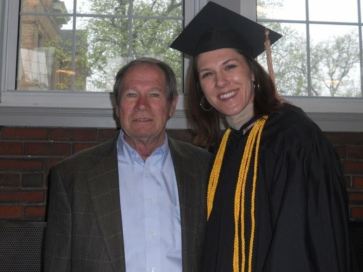 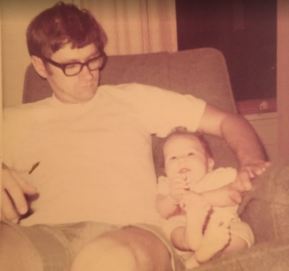